Lorem Ipsum is simply dummy text of the printing and typesetting industry. Lorem Ipsum has been the industry's standard dummy text ever since the 1500s, when an unknown printer took a galley of type and scrambled it to make a type specimen book. It has survived not only five centuries, but also the leap into electronic typesetting, remaining essentially unchanged.

Dependings on the method of administration opiates can begin to take effect in an individual within a few seconds or a few minutes. If a person is using these drugs intravenously or intranasally then they will feel the full effects of the opiates almost instantaneously. However if they are taking the opiates orally then it will take a few minutes for the drug to begin to interact within their system. 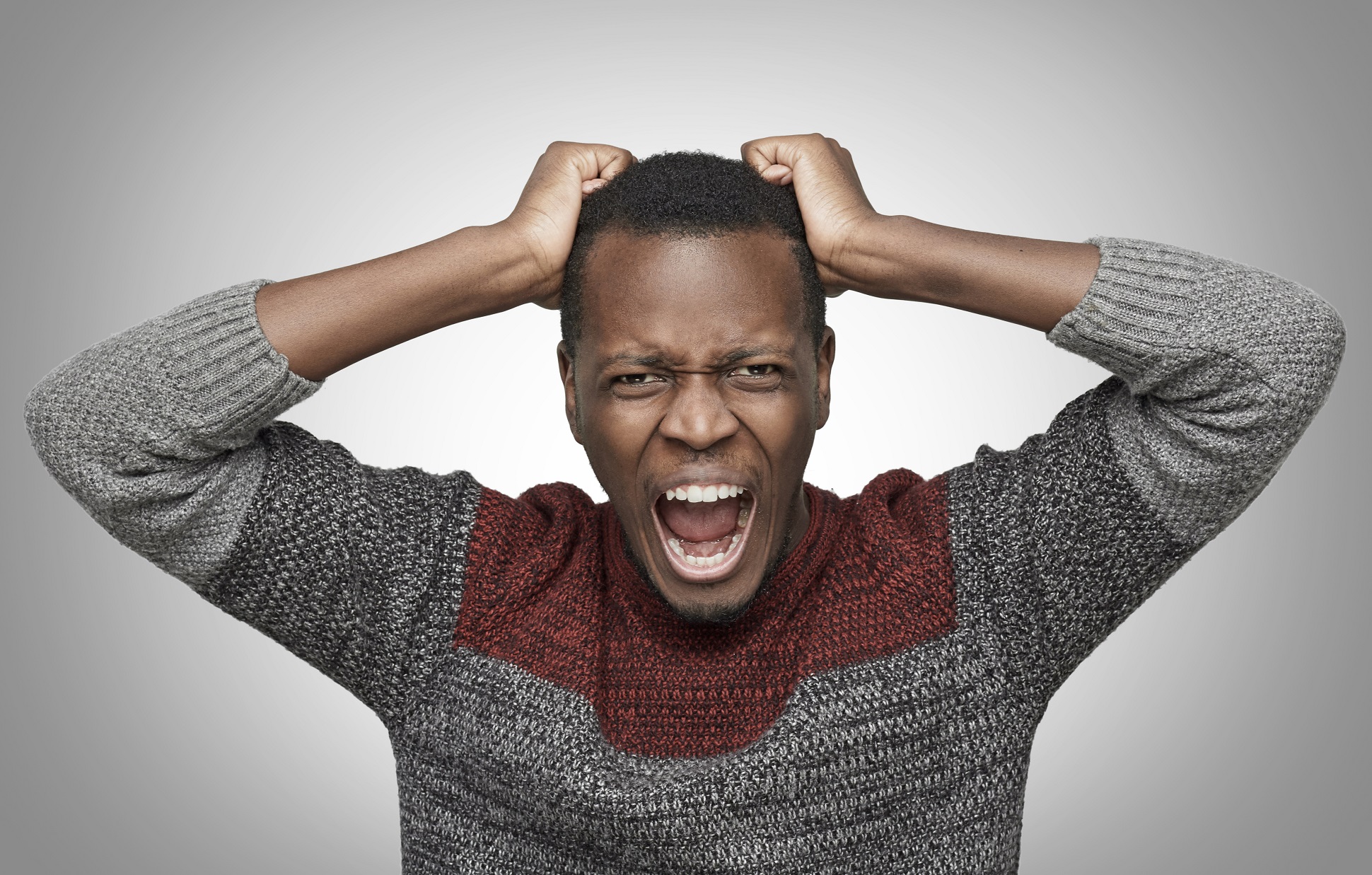 When it comes to dealing with traumatic pain, the fact that opiates take effect so quickly is a positive thing, and one of the reasons that they have been a staple in the medical field for hundreds of years, however when it comes to recreational usage of these drugs, their quick acting nature can prove to be dangerous, if not fatal.

One of the main issues with how quickly opiates can interact within a person’s system, and something that should be considered one of the short term effects of opiates, is the fact that a person can overdose rather quickly when using any type of opiate.

This has made itself abundantly clear over the past 5 years, as overdose rates among opiate users have skyrocketed to epidemic proportions. Never before in the history of this country have we seen so many individuals fall prey to the short term effects of opiates and this is in part because opiates are currently being laced with more powerful opioids, and the unknowing addicted communities are using a toxic amount of these substances.

Beyond this, it is important to understand how the short term effects of opiates express themselves in addicts and non-addicts alike, so that if you suspect your loved one is using opiates you will be able to see if they are showing any of the symptoms described below. It should be noted that hopefully the information presented below will help dissuade you, if you are thinking about trying opiates for the first time, as you will see that these powerful narcotics can produce addiction in an individual in a very short period of time, and they can also produce dangerous and fatal short term effects.

While education alone is often not enough to deter someone from using narcotics, hopefully the information presented below can help guide your decision making somewhat, and keep you from making a the choice to try opiates.

How Long does it take to Become Addicted to Opiates?

This question is an interesting one, and its answer, while not the same for everyone depends on how you think about addiction. When most people think of addiction they are actually thinking of drug dependency, and the two, while overlapping in some aspects, are actually two distinct issues.

Drug dependency is being physically or psychologically dependent on a substance. What this means is that your body will actually begin to crave the substance and you can experience withdrawal symptoms if you do not take it. The reason for this in the case of opiates is because the drug is so powerful that it actually begins to change the way that the brain functions. Certain chemicals that are naturally occur within the brain stop production because the opiate is overloading the system with these chemicals, and when this occurs dependency can set in. This whole process can occur shockingly quickly, within a few days in some cases, and the longer that an individual uses opiates, the more dependent they will become on the drug..

This same thing goes for psychological dependency, which can occur within a few days of the first usage, but usually take longer to fully set in. The way that this works is that the individual who is using opiates begins to think that they need the substance in order to function within their daily life. If they suffer from chronic pain then they believe that the drug is the only thing that can help them through the day, or if they do not have chronic pain, they must take the drug in order to cope with some facet of their life. Many times psychological dependency, when working in conjunction with addiction, is occurring because the individual is attempting to self-medicate in order to deal with some underlying trauma or co-occurring mental health concern that they may have.

Addiction differs from physical dependency in that the individual who suffers from addiction, is actually suffering from a recognized and diagnosable illness that is causing them to react abnormally to substances such as opiates. Whereas an individual without addiction may be able to use an opiate for the duration of their prescription and then walk away no problem, an individual with addiction runs a decent chance of obsessing over the opiates and falling into addiction.

Obsession and compulsion are the two main characteristics of addiction and the individual who suffers from this illness will be unable to control themselves when it comes to ingesting substances. Why this is, is still unknown to the medical and scientific communities, but what can be said, is that once addiction has fully formed within the individual, there is no way of ever truly be rid of it besides complete abstinence.

Yet, even though most people are aware in a general sense what the short term effects of opiate usage looks like, they can still miss these signs when it comes to their own usage or when it comes to a loved ones usage. The mind is an incredibly powerful thing, and so with that in mind, let’s take a look at the most common short term effects of opiates, written out plainly—in black and white.

Drowsiness is one of the main short term effects of opiates. After extended usage an individual may no longer experience drowsiness in the same way, meaning they may no longer nod out or fall asleep at random and inappropriate times, but in the beginning this is a definite effect of opiates. The way that this expresses itself among opiate users is that they will often fall asleep in the middle of a sentence or be unable to stay awake, drifting in and out of consciousness. This is not similar to being overly tired and falling asleep on the couch, but it is actually an inability to remain awake. This has caused many an opiate user to hurt themselves inadvertently due to the fact that they fell, or in more severe cases, have crashed a car will under the influence.

This is one of the more dangerous short term effects of opiate usage as it can actually be fatal in certain cases. Using opiates actually causes the respiratory system to depress and as a result many opiate users experience slowed, shallow, or labored breathing. In certain cases an individual can actually experience respiratory arrest, where they will stop breathing all together. If this occurs medical help should be sought immediately.

Very often individuals who abuse opiates and are currently on them will appear to be confused. It may be to the point where they are unaware of their surroundings, and if this is the case, then professional medical help should be sought immediately, but in other cases it is simply a matter of them not remembering things that you just talked about, or not remembering certain events from the near past. This confusion is not so much a blackout, like when an individual drinks too much, but blackout can occur as well.

One of the most prominent short term effects of opiate use is constricted pupils. Why this occurs is fairly complicated and involves some medical terminology, but essentially your pupils constrict when under the influence of opiates because they stimulate the parasympathetic side of the autonomic nervous system, and this control the circular muscle which regulates pupil size. It is often times not difficult to tell when an individual is on an opiate because they pupils will be dramatically smaller than normal, and there is nothing that an opiate addict can do to hide this.

Many individuals, especially those who are just beginning to use opiates will experience nausea. Some will experience nausea to the point where they actually vomit as a result, while others will simply experience an upset stomach for a while. This unfortunately goes away with time, but it is definitely one of the most distinct short term effects of opiate usage. Two of the main reasons that an individual will experience nausea while under the influence of opiates is because their body is actually reacting to the fact that an unknown and foreign substance is in the blood stream and because of the fact that opiates actually make an individual feel like they are spinning. Similar to when a person has alcohol poisoning and the body is attempting to rid itself of the poisonous substance, the body understands that something must be done when opiates are introduced and that is why you will feel sick.

Why an individual becomes itchy when they use an opiate has been somewhat of a mystery of years within the scientific community. One school of thought believed that an individual itched, or picked at their skin because of dermatillomania, or hyper focus on a particular behavior in regards to the body. This is partially what is going on when an individual itches under the influence of opiates, as they are often times unaware that they are even engaging in this behavior, but another reason why people may get itchy under the influence of opiates has to do with histamines in the body and the immune system. There is a particular opiate isoform that is in an individual’s immune system. This isoform is responsible for responding to activation signals when they sense something like an infection or allergens in the body. What this means is that when someone uses heroin, an activation signal is sent for histamines to meet the infection or allergen and hence the individual becomes itchy.

While constipation is a long term effect of opiate usage, it is also a short term effect as well. This side effect may not be experienced immediately upon usage, like some of the aforementioned symptoms, but even after a few days of using opiates an individual can begin to experience terrible constipation. This however is not like a normal bought of constipation that you may have experienced throughout your life, but it will actually be the total inability to pass a bowel. This occurs mostly because opiates slow down the bowel, creating a scenario where it is almost impossible to go to the bathroom. Sometimes a stool softener can help counteract this side effect, but if usage is continued for a long enough period of time, there is nothing that really can be done to undo the constipation, except discounting usage. Often times when an individual stops using opiates the constipation will go away, but this process can be painful and can cause other medical complications if not attended to properly.

Hopefully you will never have to experience the short term effects of opiate use, but if you have, or if you are currently experiencing them, and you think you may have an issue with addiction or dependency, then you should seek professional medical assistance as quickly as possible.